Nobody Sees You When You’re Being Humble 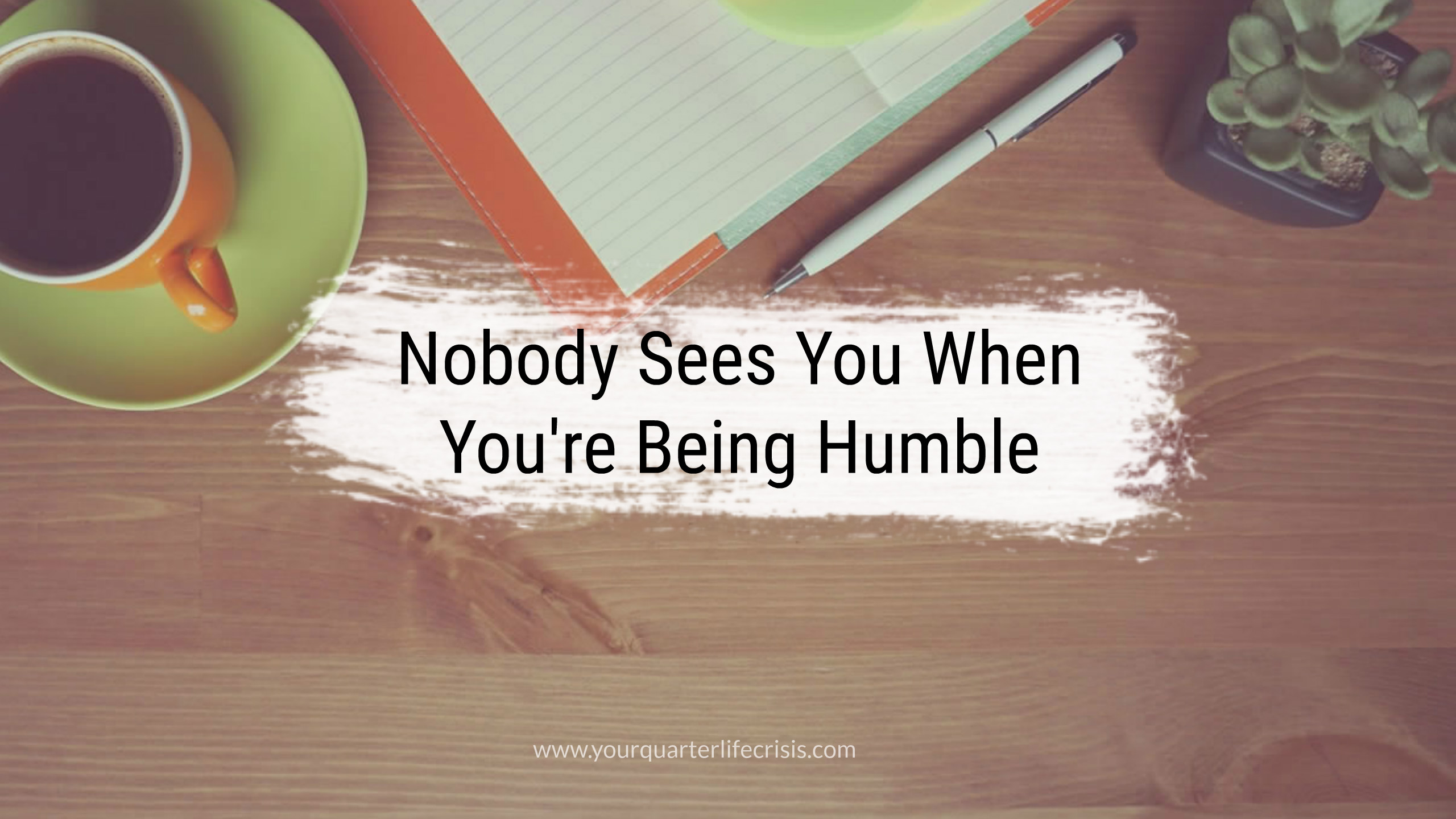 Nobody Sees You When You’re Being Humble

As I danced like an extra in a Micheal Jackson video during my music-infused introspection session, I was hit by a profound verse from one of my favorite musicians, Wale.

Let’s keep it G, nobody see you when you being humble…

This was a line from a crafty song about an artist who wanted to use his platform to discuss social issues but only had his voice heard when he spoke about superficial topics such as money and jewelry. I couldn’t help but ponder the truthfulness to his verse. Wale was trying to convey that being humble doesn’t give you the attention that you deserve for being amazing. While I don’t subscribe to the theory that nobody recognizes the value that a humble person may carry, I do believe that Wale’s message does hold some weight.

What Is Being Humble?

Let’s start by defining “humble.” According to the oxford dictionary, humble is defined as “Having or showing a modest or low estimate of one’s importance.” Growing up, I was raised to personify that definition of humble because straying away from humbleness would result in offending my peers, over-inflating my worth, and limiting my personal growth. Over the years, I’ve learned that in order to achieve humility, you must have a balance between modesty and proudness.

Often times, I witness my peers overvalue modesty while depreciating proudness. When this happens, a person deprives themselves of an opportunity to display their value. In the past, I took solace in the fact that I didn’t talk about my accomplishments or rarely showcased my talents; I soon realized that was huge mistake

People seek talent, experience, and productivity. If you offer something positive to the world, why demonize it? If you have the ability to captivate an audience of people with an angelic voice that would make Alicia Keys feel insecure, don’t hide it. Countless times, I’ve discovered that a colleague had a talent that almost felt hidden because they didn’t talk about it. For example, I recently discovered that a buddy of mine has world-class photography skills after he posted some marvelous pictures he took on Snapchat. When I asked him why he didn’t communicate the fact that he knew camera angles that would make my worst pose look angelic, he told me that he didn’t think it was a “big deal.” It’s not bad that he underestimated the value of his photography but he missed out on potential opportunities to share his gift with the world by not recognizing the fact that his pictures were pieces of art. After realizing what he was capable of, I had him to take some professional photos of me and rewarded him with a  flurry of referrals.

In the right light, discussing the positive things that make you proud can create business opportunities, situations where you can help people, or result in a special someone falling head over heels for you. As a small business owner, I’ve acquired a number of clients by casually talking about my marketing expertise. It wasn’t long before I recognized the fact that individuals appreciated the confidence I exude when talking about my passionate writing or killer web-design skills.

Please don’t misinterpret my message; I’m not trying to convince the world to become self-absorbed opportunity seekers.  I just want you to feel comfortable with the idea of being more open to talking about the aspects of yourself that make you feel proud. Being proud doesn’t mean you have to be arrogant or feel like you’re above someone else; it can just be satisfaction in recognizing noteworthy qualities, achievements, or even possessions.

A little self-awareness goes a long away in terms of making you feel special and providing the opportunity to enhance the world around you. I’m at an age where I’m witnessing my friends grow into the world-changers they dreamed they would be. Hearing my colleagues share news such as starting riveting podcasts, getting internships with world-class advertising firms, and creating business plans for their million dollar ideas fuels me because they’re proud enough to speak their opportunities into existence.

I firmly believe that humility is a healthy combination of modesty and proudness. When your humility is skewed toward modesty, there’s a chance you won’t be “seen.” Yes, people will see you when you’re being humble and they’ll FEEL you when you praise yourself.

Song Of The Day

Today’s song of the day is “Chain Music” by Wale. As I suffer the vigorous roller coaster of emotions that is my crisis, my inner DJ recommends that I listen to this song and step in the shoes of an individual who made himself visible by believing in himself.

This site uses Akismet to reduce spam. Learn how your comment data is processed. 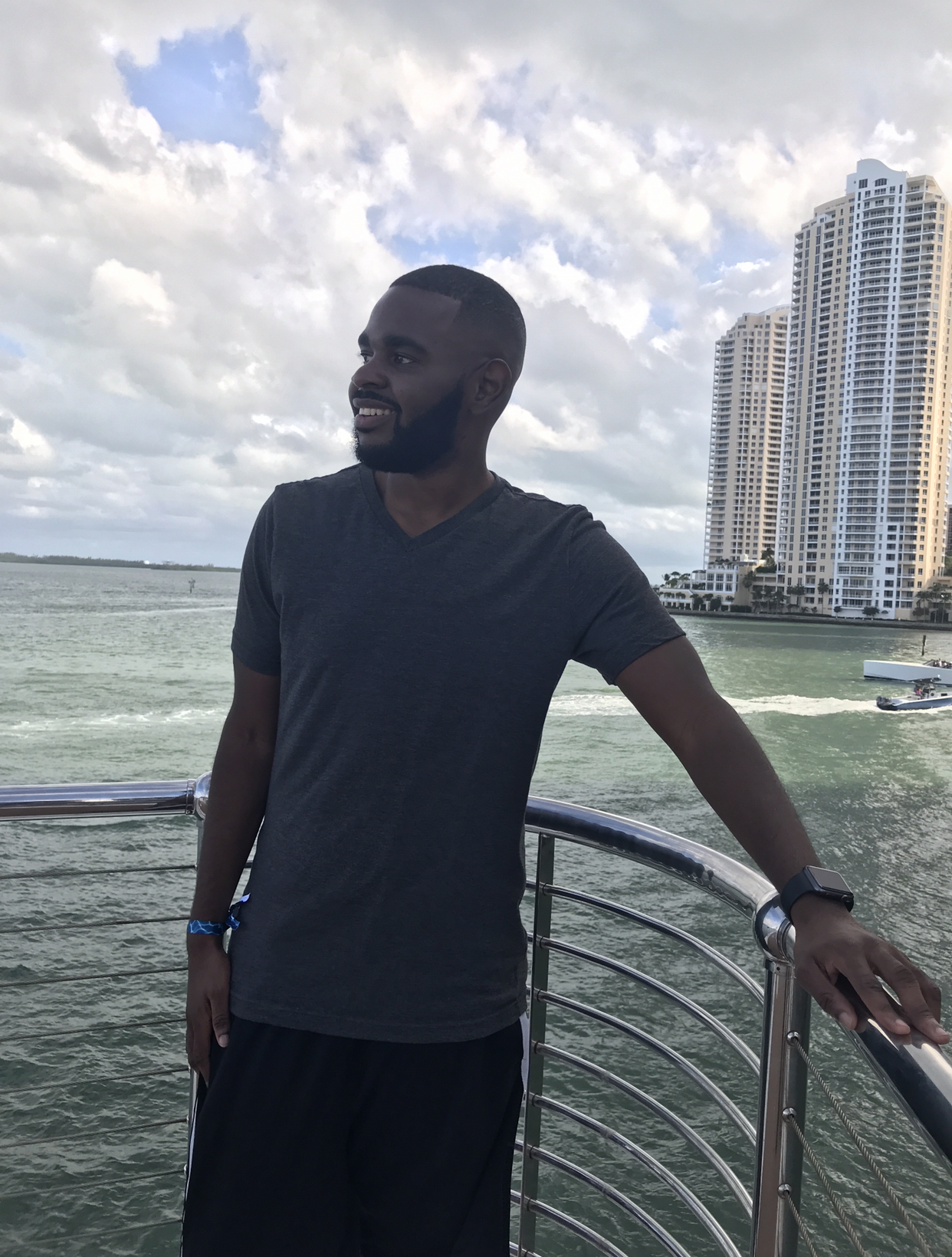 My name is Alexander Pompee and I am a self-aware millennial going through a “Quarter-life Crisis.”

Enter your email address to subscribe to this blog and receive notifications of new posts by email.